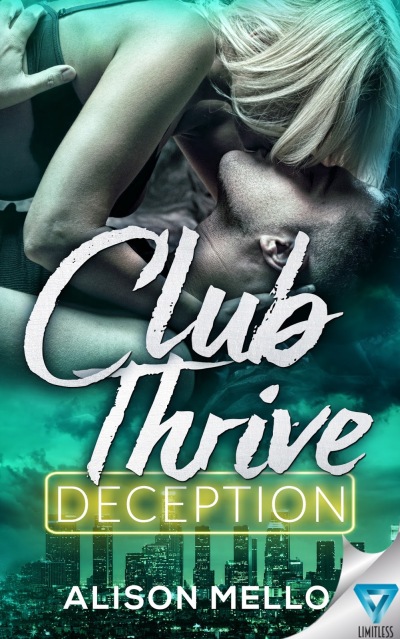 Release Date: October 3, 2017
Blurb
Kara
I should start trusting my gut instincts more often. Maybe then I
wouldn’t have wasted so much time on Noah, the lying SOB who had the honor of
calling himself my boyfriend for way too long.
Now I no longer have to feel guilty about sneaking stolen glances at
Club Thrive’s family bodyguard. Slade manages to make my body react in the most
sinful ways just by being near me, and now that I’m fair game…I’m starting to
suspect he might feel the same way.
Slade
I’ve been hired to protect the Club Thrive family, and that includes
protecting Kara from low-life scumbags like her ex-boyfriend. Unfortunately, I
don’t think this is the last we’ve seen of Noah. He’s got bad news stamped all
over his forehead, and if my instincts are anything to go by, he’s not going to
let Kara go that easily.
But I’ve waited too damn long for the chance to make Kara mine. Nothing
and no one will stop me from keeping her safe…not even the Devil himself.
ADD TO GOODREADS 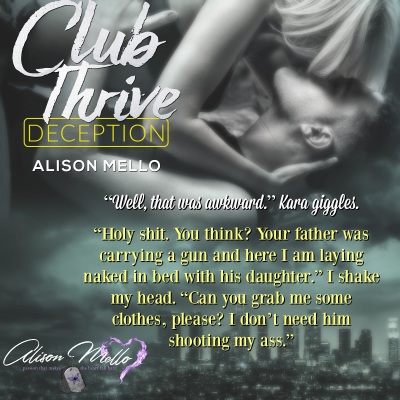 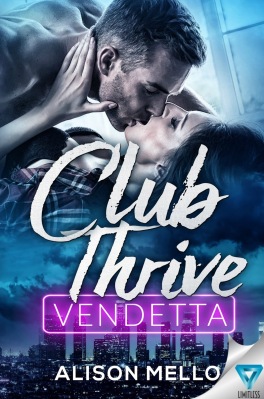 Alison started writing during the early summer of 2015. Her
debut book Finding Love (October 2015) was published by Siren Publishing. Her
following books Needing Your Love (November 2015), Found My Love (December
2015), and Fighting for Love (January 2016) were also published with Siren to
finish the Learning to Love series.Her desire to see her books on shelves led to her next work Chasing Dreams
(April 2015) She submitted it for publication with Limitless Publishing and was
thrilled that it was quickly accepted. At the request of her readers she turned
Chasing Dreams into the Club Thrive series. Excited to reach that goal, she
moved on to the next series she had in mind and wrote Saved By a Soldier (June
2016), My Broken Soldier (July 2016), Forever My Soldier (August 2016), and A
Soldier for Bella (September 2016).

Alison enjoyed reading as a child and found her passion for it again in 2011
when E.L. James’ Fifty Shades of Grey was released. Her love of reading was
re-ignited and she continued reading other books in the same genre. In the
summer of 2015, she decided to give writing a try and two weeks later Finding
Love was born. As soon as she finished the first book, she began writing the
second book in the series. Her third book was finished by the time Finding Love
had been accepted for publication. Alison discovered she has a passion for
writing and has spent the last year meeting new readers and sharing the love
she has for writing.

Married to her own real life hero, Alison lives with her amazing family in
Massachusetts where she was born and raised. She loves having her own personal
inspiration right at home and when she’s not writing she enjoys playing soccer,
basketball, and football with her son.